On the silver screen: Booksmart

Once upon a time, I was a manager at a little faux-boutique cinema. One of the perks of the job was basically unlimited free cinema so I used to go to watch films all the time- multiple times a week. I saw films I don't even care about and I saw films I loved time and time again. I saw private screening after-hours and previews before films were officially released. Yet despite this over exposure, I still absolutely love going to the cinema to watch something new. I still get excited about planning what snacks I might have and what I can get to drink and I get nervous that the seats I like might be taken.

There were four films that I was properly excited for this summer: Booksmart, Good Boys, Yesterday and Midsommar.

Of those four, so far I've only seen Booksmart and Yesterday so far. Yesterday was nice: exactly as you'd expect from Richard Curtis' writing and the trailer. It was warm, feel-good, nothing to really worry about... All good stuff. But we're here to talk about Booksmart.

I've seen this twice so far and absolutely loved and adored it both times. It just keeps getting better. Lets break it down.

1) The dialogue is so sharp. Anyone remember when Superbad came out only...12 years ago (!!!) and suddenly there was this new rush of Americanised language. It was so funny and rude and blunt. This does the same kind of thing but rather than just playing for quick and easy laughs the film makes reference to feminism, politics and human rights to fill out its dialogue giving the main characters depth and personality.

2) The story. The film isn't trying to reinvent the genre that a review I read called 'teens-hanging-out-at-night' but it blasts it with a rush of freshness. It flips the script and shows the audience that the same kind of comedy (sex jokes, gross-out, pop-culture references) is funnier when its coming from two smart and politicised girls.

3) The casting is perfect and the acting is incredible. Kaitlyn Dever in particular is hilarious and so nuanced in her body language and her facial expressions but Beanie Feldstein is brilliant too and special mention to Billie Lourd who steals every scene she's in.

4) The soundtrack is the best since American Honey. The music cues in the film are excellent and the soundtrack also works on its own without the movie- I've had it on repeat in my car the last month or so.

So, what are you waiting for? Don't walk; run to see Booksmart. Oh and by the way, in the last ten minutes you'll not be able to stop grinning. My film of the year so far, I know its one I'll return to again and again. 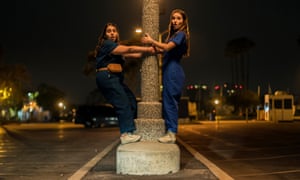 Food Waste (and how to reduce it)

la boulette
I love books, reading, travel, films, food, cooking, eating…. I have a bachelor’s degree in English Literature and a master’s degree in creative and critical writing. To be honest, I am trying to work out my place in the world; swinging between feeling quite settled sometimes and completely unsettled and insecure the rest of the time. I have a feeling this is a relatable state of existence for lots of people. I live in the West Country now; I've recently moved. And I am enjoying getting to grips with a rural lifestyle. Please get in touch for a chat anyone who fancies it!